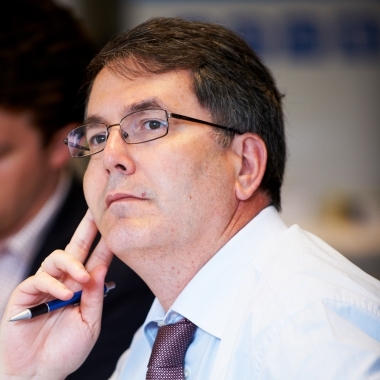 Nicolas Pascual De La Parte is a Spanish diplomat. He holds a postgraduate degree in defense and security policy. He has worked for the Spanish Ministry of Foreign Affairs, specialising in relations with the United Kingdom over Gibraltar and also served as Deputy Director for European Affairs on Customs and Trade Policy. He has also worked in Spanish missions, as Chief Secretary for European Affairs at the Embassy of Spain in the Republic of Ireland and later as a counsellor at the Spanish embassy in Berlin.

He returned to Spain to work as an Expert Advisor on international security issues in the Cabinet of the Prime Minister between 2002 and 2004. During this time, he worked closely on European and Latin American issues and was named the Chief of the Task Force for Latin America and the UN in the General Secretariat of Council of the EU. Since 2009, he has worked for the secretariat supporting the work of the Reflection Group on the Future of the European Union.