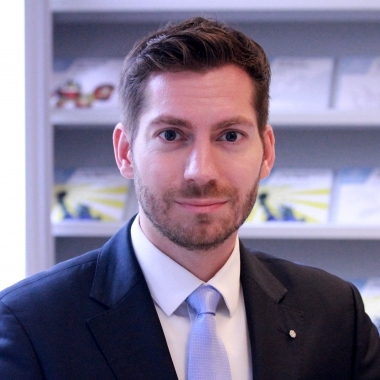 Mark Boris Andrijanič is the Slovenian Minister for Digital Transformation. He was previously a Visiting Fellow at the Wilfried Martens Centre for European Studies, during which time his research focused on European foreign policy, energy security, and energy market reform. He advised governments in Europe and Africa as well as international organisations and NGOs on energy and natural resource governance issues. Mark Boris Andrijanič has also worked in the IT industry and think tanks in Washington D.C. and Brussels.

As a civil society leader in his native Slovenia, Mark has co-founded and led a number of leading NGOs and initiatives, aimed at promoting entrepreneurship, active citizenship and human rights. He hosted many international leaders, including the Secretary General of the OECD, and received several national and international awards for his democracy building efforts. He obtained a master’s in public policy from the University of Oxford after graduating in law from the University of Ljubljana.