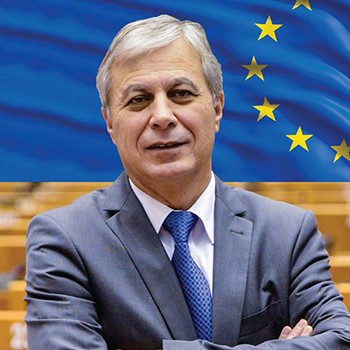 Lefteris Christoforou was born in 1963 in Ammochostos and studied economics, obtaining a Master’s Degree in Business Administration at the Aristotle University of Thessaloniki, Greece. He was a representative of the Democratic Rally (DISY) in the Famagusta constituency, Cyprus, from 1996-2014. He is the former Chairman of the House Standing Committee for Areas in Proximity to the Ceasefire Line and of the House Standing Committee on Trade and Industry. He is also a former member of the House Standing Committee on Refugees-Enclaved-Missing-Adversely Affected Persons. He was also a member of the delegation of the House to the Inter-parliamentary Assembly on Orthodoxy. He was a Vice-Chairman of the Democratic Rally in Cyprys and Deputy Chairman of the Democratic Rally from 2013 to December 2019. He is a member of the European Parliament since 2014.