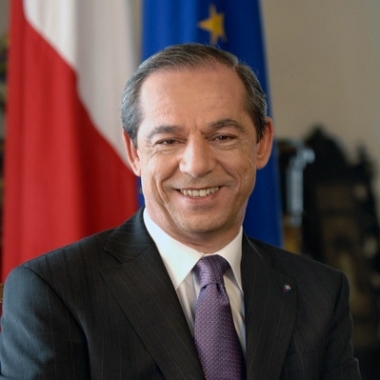 Lawrence Gonzi is a Maltese statesman and lawyer, who served in various critical roles in Maltese politics. Gonzi was Prime Minister of Malta (2004–2013) and leader of the Nationalist Party. He also served as speaker of the House, Minister of Social Policy and as a Deputy Prime Minister. He led the island through the delicate first years of EU membership. He piloted crucial economic and political reforms, spearheaded Malta’s adoption of the euro, and the entry into force of the Schengen agreement. In international diplomacy, Gonzi was lauded for his role in the Libyan Revolution, breaking Malta’s longstanding relationship with the Gaddafi regime.