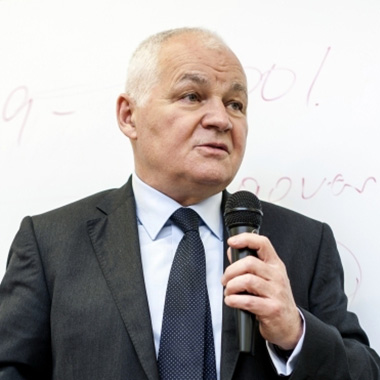 Jan Krzysztof Bielecki is a former Prime Minister of Poland, Minister for European Integration, co-founder of the Liberal-Democratic Congress and Freedom Union, and Executive Director at the European Bank for Reconstruction and Development in London. He was the President and Chief Executive Officer at Pekao Bank and a Member of the Board of Trustees of the National Museum. During 2009–2015 he served as the President of the Polish Institute of International Affairs Council.  In 2010 was nominated by Prime Minister Donald Tusk as the Chairman of the Economic Council and served until 2014. In 2015 he joined EY Poland as Chairman of the Partners Board.