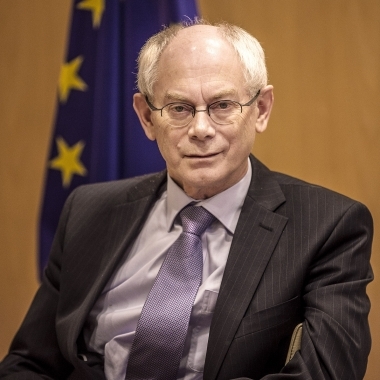 Herman van Rompuy was elected as the first full-time President of the European Council in 2009. In 2012, he was re-elected for a second term (2012–2014). At the time of his first election, he was Prime Minister of Belgium. He had served as Speaker of the House of Representatives and as Vice-Prime Minister and Minister of Budget, Minister of State and Secretary of State for Finance and Small Businesses. He holds a Bachelor in Philosophy and a Master in Economics from the university K.U. Leuven. He is a professor at the universities of Leuven and Louvain. In 2015, the Belgian King Philip announced that Herman Van Rompuy would be honoured with the title of Count.