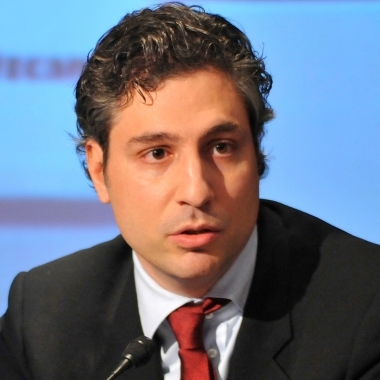 Elias Papaioannou is Associate Professor of Economics at the London Business School. He is also a research affiliate of the CEPR (Centre for Economic Policy Research) and NBER (National Bureau of Economic Research), the leading research institutes in Europe and the United States, respectively. He holds an LL.B. from the law school of the National and Kapodistrian University of Athens, a Masters in Public Policy and Administration (MPA), with a concentration in international economics from Columbia University, and a Ph.D. in economics from the London Business School. After the completion of his doctorate in 2005 he worked for two years at the Financial Research Division of the European Central Bank (ECB). From 2007 until 2012 he served as Assistant Professor of Economics at Dartmouth College (NH, USA), while during the 2010-2011 and 2011-2012 academic years he was a Visiting Assistant Professor at the Economics Department of Harvard University (MA, USA). His research interests cover the areas of international finance, political economy, applied econometrics, macro aspects of regulation, law and finance, and growth and development. He has published in many leading peer-refereed journals and in numerous edited book volumes. His research has been recognized with the 2005 Young Economist Award by the European Economic Association and the 2008 Austin Robinson memorial prize by the Royal Economic Association. Elias consults regularly for international organizations, major investment banks, hedge funds, and institutional investors on macroeconomic developments in the EU and Greece.