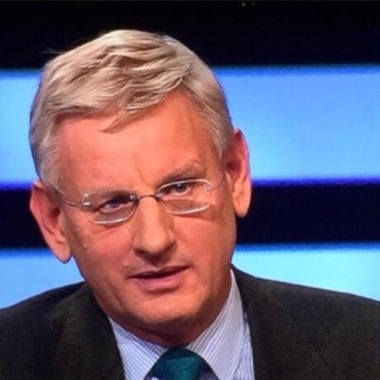 Carl Bildt is the former Prime Minister of Sweden (1991-1994). During his premiership, he focused on liberalising and reforming the economy and making Sweden a member of the EU. As a Foreign Minister (2006-2014) of Sweden, he became one of the most prominent and vocal of European foreign ministers.  A renowned international diplomat, he served as EU Special Envoy to the Former Yugoslavia, High Representative for Bosnia and Herzegovina, UN Special Envoy to the Balkans, and Co-Chairman of the Dayton Peace Conference. He is Chair of the Global Commission on Internet Governance and a member of the World Economic Forum’s Global Agenda Council on Europe.