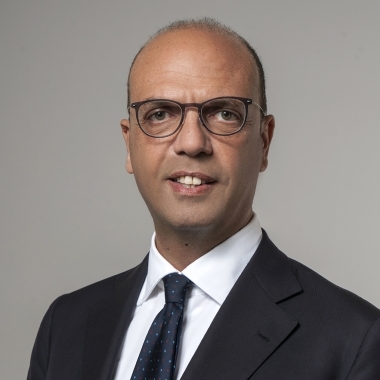 Angelino Alfano is President of the De Gasperi Foundation since July 2013. He was a Minister in three different Italian governments, serving as Minister of Justice (2008–2011), Minister of the Interior (2013–2016) and Minister of Foreign Affairs and International Cooperation (2017–2018). He was also Vice President of the Council of Ministers from 28 April 2013 to 22 February 2014. He was a member of the Italian parliament from 2001 to 2018. He is a lawyer and serves as of counsel at Bonelli Erede, an international law firm. He also teaches “Islam in Europe: Migration, Integration and Security” for the master’s degree in Political Science at LUISS Guido Carli University of Rome. Since 2019 is President of the Gruppo San Donato, one of the largest groups of Italian private hospitals.